We hope you’ve enjoyed the previous post on tactile texture for interior walls and today we’d like to offer a few inspiring ideas for using visual texture, in creating outstanding feature walls.

Using visual texture, the wall mimics a 3D appearance by creating a visual effect of spatiality and depth. The first two examples presented below use strong colours that add a dash of dramatism to the space, while the patterns in the wallcovering design create the illusion of a texture:

The textured faux-painting technique (left) creates a rich wall that mimics the patters of natural stone, and is nicely contrasted by using furniture and accessories in neutral colours. Paint can be used to mimic natural stone, leather, wood and even pitted metal.

In more toned down hues, the following implementations also create a nice visual effect; the right one makes us think of a dreamy sunset on a cloudy summer sky, while the image on the left mirrors the flooring pattern, creating a surreal, interesting effect for the living space:

And yet another use of visual texture is present in these two interiors that use neutral colours, to mimic the appearance of unfinished room or naked tile walls and ceiling:

While we like both equally, we have to admit the concrete wall on the left would look best in a non-domestic interior, while the unfinished naked tile walls can work wonders both in the home and other office or public spaces.

It seems as though just yesterday we were (carefully) packing our elegant and contemporary wallcoverings, and shipping them over all the way to Shenzhen, the UNESCO City of Design!

Three weeks and almost 6000 miles later, there they are, being prepared for display in the Edinburgh Creative Industries taking place in Shenzhen, China. The incubator opens in a very short three days, on Friday 15th May and we’re very excited our work will be displayed in the venue for the upcoming three months.

“I’m really excited about the opportunity of sharing my wallcovering designs with the Chinese market, as Shenzhen is a vibrant and creative city, which falls in line with the designs I create. I’m looking forward to find out how my work will be received in this new market!” Eliza Kesuma, the designer behind Moody Monday.

The designs that will be on display are part of our first luxury wallpaper collection inspired by the inner workings of a musical organ. Here’s what we’ve sent over: 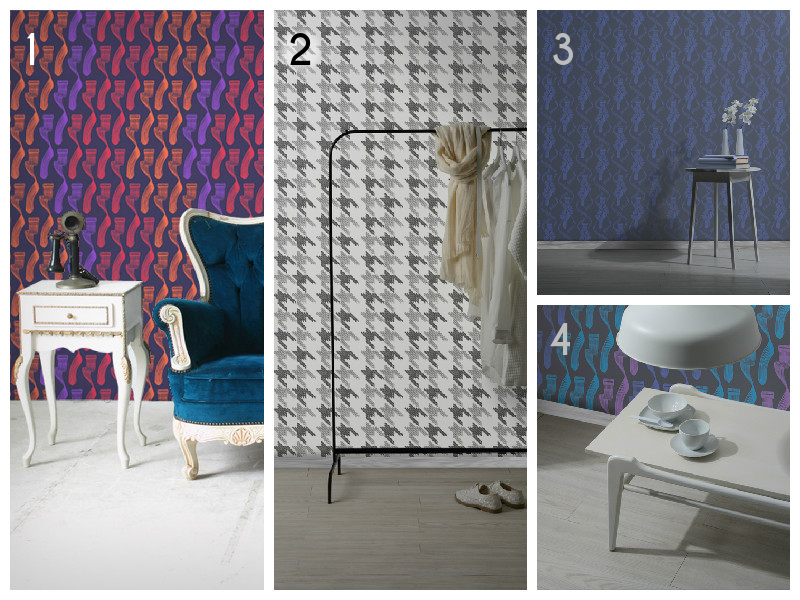 In this blog post, we’ve turned our antennas to the playful use of shapes and geometry, in interior design. Here are our top three picks.

The first example stems from the tiny world of bees, as we think nature is a great source of exquisite inspiration. If bees had contemporary awareness and the ability to use and appreciate furniture, we’re sure they would have a lot to buzz about this stylish coffee table: 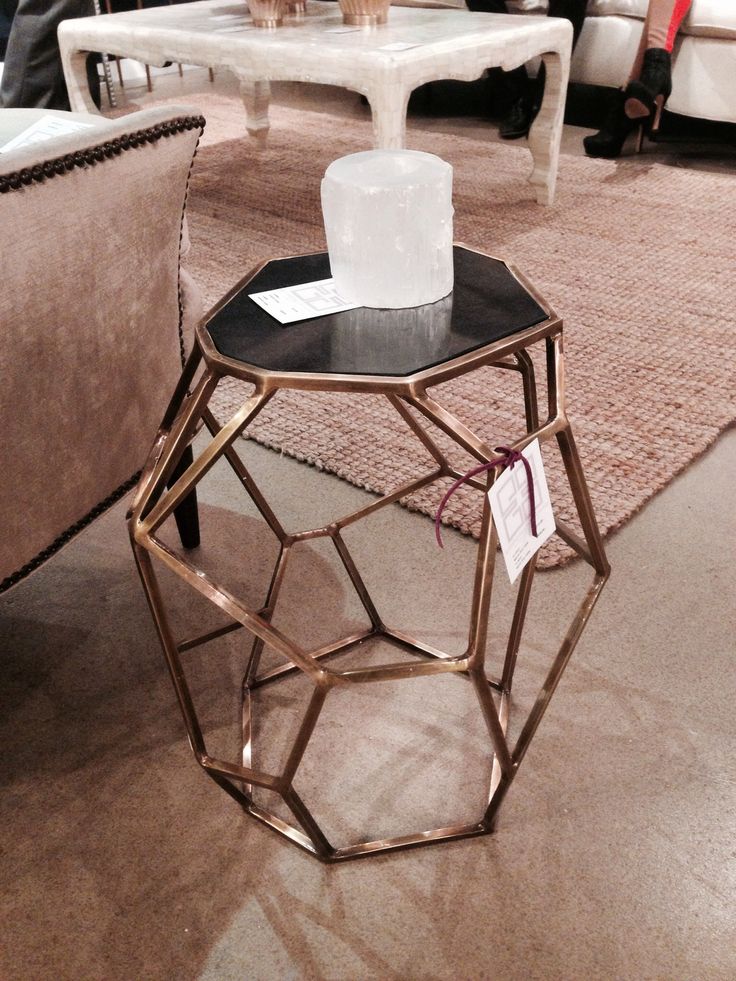 And since we mentioned bees, we think this wall covering would make for a nice match inside their beehives as well. In fact, the vibrant color mix and geometric pattern of the wall covering looks pretty stylish in this contemporary living room as well: 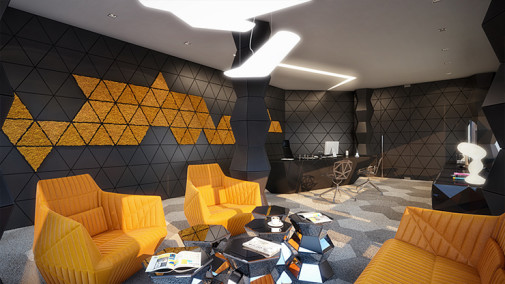 And in a more abstract composition, we like this particular feature wall that ties up in a contemporary, urban room. The play on various sizes and shades of gray rectangles creates a nice pattern on the accent wall, adding an extra coolness to the place: 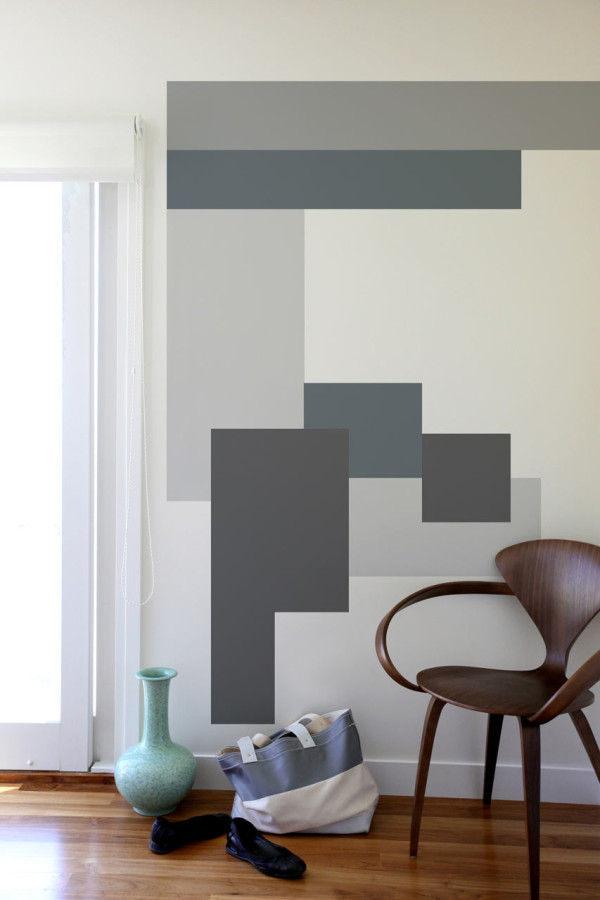